Simcoe Reads is an annual Cover-to-Cover competition amongst local libraries in Simcoe County. In its second year, there are 7 libraries competing each championing a Canadian book.

Even if you haven’t read all the books, you can cast your vote. The final debate is available to live stream NOW or watch it on RogersTV this Sunday, October 10th at 8pm.

CLICK HERE to watch the debate. The debate is moderated by Lisa Morgan, who championed the Simcoe Reads 2020 winning novel, An Ocean of Minutes by Thea Lim, for the Barrie Public Library.

HERE is the link to cast your vote. Please only vote once! The deadline is Tuesday October 12th at 11:59PM.

A Mind Spread Out on the Ground by Alicia Elliott

In an urgent and visceral work that asks essential questions about the treatment of Native people in North America while drawing on intimate details of her own life and experience with intergenerational trauma, Alicia Elliott offers indispensable insight into the ongoing legacy of colonialism. She engages with such wide-ranging topics as race, parenthood, love, mental illness, poverty, sexual assault, gentrification, writing and representation, and in the process makes connections both large and small between the past and present, the personal and political—from overcoming a years-long battle with head lice to the way Native writers are treated within the Canadian literary industry; her unplanned teenage pregnancy to the history of dark matter and how it relates to racism in the court system; her childhood diet of Kraft Dinner to how systemic oppression is directly linked to health problems in Native communities.

Ayesha at Last by Uzma Jalaluddin

Ayesha Shamsi has a lot going on. Her dreams of being a poet have been set aside for a teaching job so she can pay off her debts to her wealthy uncle. She lives with her boisterous Muslim family in Canada and is always being reminded that her flighty younger cousin, Hafsa, is close to rejecting her one hundredth marriage proposal.

Though Ayesha is lonely, she doesn’t want an arranged marriage. Then she meets Khalid who is just as smart and handsome as he is conservative and judgmental. She is irritatingly attracted to someone who looks down on her choices and dresses like he belongs in the seventh century.

A modern-day Muslim Pride and Prejudice for a new generation of love.

Set in an imagined world in which the most vulnerable are forced to buy their freedom by working off their debt to the society that took over their lands, Gutter Child uncovers a nation divided into the privileged Mainland and the policed Gutter.

In this world, Elimina Dubois is one of only 100 babies taken from the Gutter and raised in the land of opportunity as part of a social experiment led by the Mainland government. But when her Mainland mother dies, Elimina finds herself all alone, a teenager forced into an unfamiliar life of servitude, unsure of who she is and where she belongs.

The Company We Keep by Frances Itani

Championed by Anne Smith for Innisfil ideaLab and Library

On Tuesday nights in the backroom of Cassie’s café, six strangers seek solace and find themselves part of a “Company of Good Cheer”. These six strangers are learning that beginnings can be possible at any stage of life. But as they tell their stories, they must navigate what is shared and what is withheld.

Which version of the truth will be revealed? Who is prepared to step up when help is needed? This moving, funny and deeply empathic new novel from acclaimed author Frances Itani reminds us that life, with all its twists and turns, never loses its capacity to surprise.

The Centaur’s Wife by Amanda Leduc

This novel is woven with fairy tales of Leduc’s own devising and replete with both catastrophe and magic, is a vision of what happens when we ignore the natural world and the darker parts of our own natures.

Heather is sleeping peacefully after the birth of her twin daughters when the sound of the world ending jolts her awake. Stumbling outside with her babies and her new husband, Brendan, she finds that their city has been destroyed by falling meteors and that her little family are among only a few who survived.

But the mountain that looms over the city is still green–somehow it has been spared the destruction that has brought humanity to the brink of extinction. Heather is one of the few who know the mountain, a place city-dwellers have always been forbidden to go.

This epic family story swings back and forth through more than a century and across Canada.

It is 2038, after the environmental collapse known as the Great Withering. Scientist Jake Greenwood is working as an overqualified tour guide on Greenwood Island, a remote oasis of thousand-year-old trees. From here, we gradually move backwards in time to the years before the First World War, encountering along the way the men and women who came before Jake:

It is a tale that isn’t soon forgotten.

Indians on Vacation by Thomas King

Inspired by a handful of postcards sent nearly a hundred years ago, Bird and Mimi attempt to trace long-lost uncle Leroy and the family medicine bundle he took with him to Europe.

By turns witty, sly and poignant, this is the unforgettable tale of one couple’s holiday in Europe, where their wanderings through its famous capitals reveal a complicated history, both personal and political. 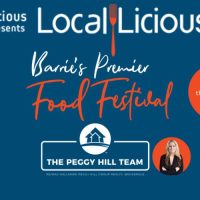 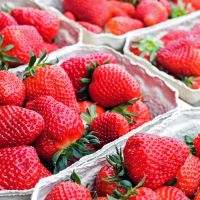