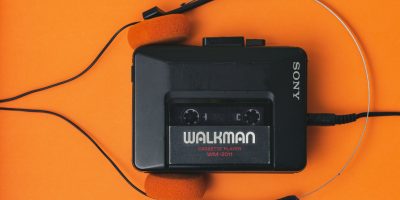 Sony is bringing back the Walkman this year with two new models, including a special gold-plated version. But don’t get too excited yet, as both cost more than an iPhone 13 Pro.

The NW-WM1AM2 is priced at $1,600, while the gold-plated NW-WM1ZM2 costs $3,200. Both products will be released in select countries in Asia starting in April.

Sony released the first Walkman portable cassette player in 1979 and sold it for about $150. Production eventually ended in 2010 after the advancements of other portable music devices like MP3 players and iPods.

Related: Forget Tylenol, Nostalgia Works As A Pain Reliever Too…

These two new Walkman have Wi-Fi capabilities to download and stream on the 5-inch touch screen device. It can also play MP3 files in high-definition, lossless formats including Flac and Apple Lossless.

Both devices use the 3.5mm headphone jack and can play up to 30 hours of high-resolution music nonstop.

If spending that much money on a music player isn’t up your alley, the average price of an original Sony Walkman, depending on the specific model, goes for between $100 to $300 on eBay.