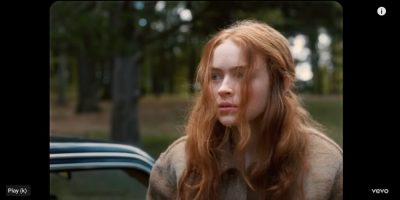 Taylor Swift will direct her first movie, from a script she wrote herself. She’s doing it with Searchlight Pictures . . . the studio behind Oscar-winning movies like “The Shape of Water” and “Nomadland”.

Swift recently appeared in Amsterdam, which was distributed by 20th Century Studios, of which Searchlight is a subsidiary, so it’s all in the family.

This isn’t an entirely surprising move, given that Swift directed the short film version of All Too Well, and is currently in Oscar contention for Best Live-Action Short. To that end, on Monday she and Martin McDonagh are kicking off this year’s lineup of “Directors on Directors” chats from Variety. She is campaigning for that Oscar.

Obviously, Swift has been around music video sets for the last two decades—and she’s directed over a dozen of them, with experience comparable to making short films—and she’s appeared in a handful of films as an actor, most infamously Cats, so this is akin to an actor stepping behind the camera to direct, too.