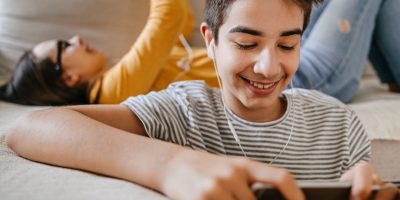 A study by the University of Georgia looked into the lack of physical exercise among teens and found that an average of three out of four students are not getting enough physical activity.

It also revealed a strong divide along the gender line with only 35% of female students engaged in regular activity compared to 57% of male students.

But study authors blame education — not lazy teens — for their lack of regular exercise.

“The length of recess, physical facilities and social environments at schools have been found to affect physical activity among students,” said the study’s lead author”

Over time, there have been declining levels of physical activity among all adolescents, but the rate is higher among female middle and high school students.

The new research reinforces previous findings that gym-class requirements have been in decline in recent decades, as well as data showing that obesity among adolescents ages 12 to 19 has tripled since the 1990s.

The researchers determined that a supportive social environment may be key to encouraging interest in sports and exercise among students, which means creating safe spaces against bullying and discrimination, among other cautionary measures.