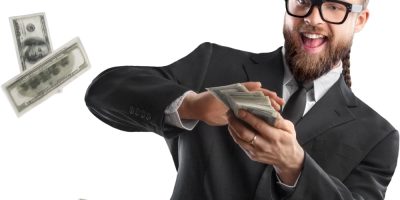 A small study suggests that money really can buy happiness!

In a six-month experiment, people who received cash transfers of $10,000 generally reported feeling happier than people who did not receive the payment.

The experiment determined that happiness can be achieved among households making up to $123,000 a year.

The researchers gave 200 people a one-time sum of $10,000, which came from two anonymous wealthy donors.  Participants who got the money were required to spend it all within three months.

The group that got $10,000 reported higher levels of happiness than those who did not after three months of spending.

However, people with household incomes above $123,000 did not report noticeable improvements in their happiness.  This means, that these people are already content.