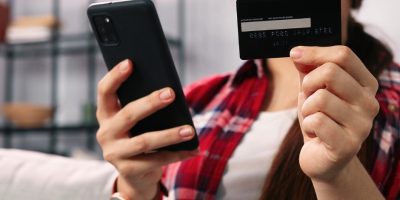 Sixty-four percent of U.S. adults report an increase in their impulse spending in 2022, according to an annual survey commissioned by Slickdeals.

Three in four (73%) respondents said most of their purchases tend to be spontaneous — a large jump from 59% who held the same sentiment last year.

However, 68% said inflation has had a “huge impact” on what they spend their money on. Seven in 10 have been more aware of their budget this year as a result. Forty-one percent of shoppers added they had to spend more on essentials because of inflation.

The research found the most common unplanned buys in 2022 include clothing, food and groceries, household items, shoes and consumer technology.

The study revealed half are impulsively buying equally online and in-store, while 42% in 2021 and 53% in 2020 did most of their shopping online exclusively. While shopping online, seven in 10 are more likely to spend impulsively on their phones while lying in bed — up from 68% in 2021 and 66% in 2020. Shopping in bed was found to make up for 37% of overall impromptu shopping.

Sixty-seven percent said spontaneous shopping sprees have a positive effect on their mood — a 2% increase from last year.

The emotions shoppers feel after making a purchase include happiness and excitement— but a third admit they simply shop out of boredom. Two in three have even made an impulse purchase just to escape the fear of missing out.