In 2019, in the British Columbia Legislature a bill was tabled to stop the “Spring Forward” and “Fall Back” time changes. Instead, the bill proposes that they stay on Daylight Saving Time.

In 2021, Ontario joined the charge to end the changing of clocks.

Soon we will follow the bi-annual tradition of changing our clocks. Ontarian’s are sick of this outdated practice that comes with serious consequences for our health. My new bill would end this practice. Let’s work together with our neighbours and stop wasting time. #onpoli pic.twitter.com/fEuW1hjpZa

Jeremy Roberts, MPP for Ottawa West – Nepean, has tabled Bill 214, the Time Amendment Act, to end the semi-annual  of changing clocks across Ontario. CTV has confirmed that the bill has already passed second reading in the legislature with the support of the government.

The bill would give the Ontario’s Attorney General (AG) the discretion of when to make the permanent change. The AG would only bring this act into motion in coordination with the neighbouring jurisdictions, including New York and Quebec because it sure would be odd if we were an hour different from the rest of the Eastern Time zone for half the year!

On Sunday, March 13th at 2am, the clocks spring ahead ONE HOUR to Daylight Saving Time (DST). This is that annoying time of year when you lose an hour of sleep. In November, we get that hour back as we will fall back to Standard Time unless the governments decide to stay on DST.

But, is DST the time we should stay on? Or should we stick with Standard Time?

Why Change the Clocks?

Why did we start changing the clocks, anyway?

The idea was brought up more than once by Benjamin Franklin in the 18th century but Daylight Saving Time was first formally introduced in Germany in 1915 and Britain followed suit shortly after. Having the light in the evening during the summer was considered an “energy saving measure”.

During the summer, there was sun when a lot of people were still asleep. So, shifting the clock forward would mean the light at 6am would now be at 7am and evening would be bright until, say, 9pm instead of 8pm. They were “saving the daylight” for when they were awake. In the winter, we fall back so that instead of the sun being up at 9am, it’s up at 8am.

Should We Stop Time Changes?

Myriam Juda, PhD and research associate in the Department of Psychology at Simon Fraser University in BC, agrees that we should stop changing the clocks but we need to be set permanently on Standard Time, not Daylight Saving Time (DST) as BC wants to do.

She says that having the sun rise as late as 9am in the winter would have serious effects on our bodies. Our circadian rhythm, or circadian clocks, sync to the dark/light cycle. We need light in the morning or it will be harder to wake up and our sleep will be cut. Children will get less sleep and it’s not good for mental health and school performance.

What would the time zones look like if BC stayed on DST permanently?

CBC has that answer:

With daylight time permanent, B.C. summers would have the same time differences we’ve known for decades:

In the winter, on the other hand, B.C. would be:

The change would not affect B.C.’s Peace Region or the Kootenay town of Creston, which have never changed clocks for daylight time.

Should we stop changing the clock? 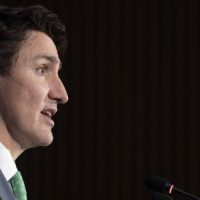 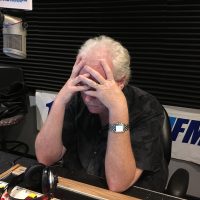