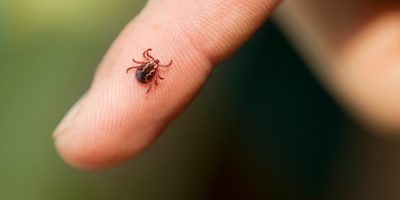 Pfizer says it has begun Phase 3 clinical trial of its vaccine candidate against Lyme disease.

The biotech companies are recruiting about 6,000 participants age 5 and older at up to 50 sites in areas of Europe and the US where Lyme disease is endemic.

The participants will get three doses of the vaccine, called VLA15, or a placebo, followed by a booster dose.

“With increasing global rates of Lyme disease, providing a new option for people to help protect themselves from the disease is more important than ever,” Annaliesa Anderson, senior vice president and head of vaccine research and development at Pfizer, said in the news release.

The vaccine targets the bacteria Borrelia burdorferi, the main cause of the tick-borne disease.

If the trial shows that the vaccine is safe and effective, Pfizer says, it could submit requests for approval from the US Food and Drug Administration and the European Medicines Agency in 2025.

What Is Lyne Disease?

Lyme disease is the most common vector-borne disease in the US, according to the US Centers for Disease Control and Prevention, and it’s becoming common in more areas.

When you get bit by a tick, you will typically see a small red bump that may look like a mosquito bite. But three to 30 days later, if a rash shows up and expands from that red area and looks a little like a bull’s-eye, that’s a sign you may have Lyme disease.

Left untreated, the infection can spread to the joints, heart and nervous system, according to the CDC. This can lead to joint pain and swelling.

After several weeks to months, there may also be swelling of the membranes surrounding the brain, temporary paralysis of one side of the face and “brain fog”: forgetfulness or confusion.