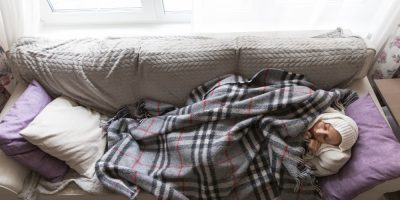 Have you tried the rom-com remedy when you are feeling sickly?

According to a new survey 3 in five people say it’s their go-to genre when they’re down for the count.

When sickness strikes, more than four in five spend most of their time in their bedroom, with 42% staying put on the couch in their living room.

Results revealed that respondents get sick about three times per year.

Respondents were more likely to prefer old favourites than to wrap their heads around new content when feeling ill.

When parents are sick with their children, the most popular movies to watch are the Harry Potter series (32%) and the Toy Story series (32%).

More than half (56%) of respondents have a go-to or favourite feel-better comfort movie, with the average person saying they can watch it four times in a row without getting sick of it.

In total, respondents have watched their feel-better movie about 34 different times.

This movie has been respondents’ favourite for about six years, perhaps because it reminds them of good times (61%) and makes them laugh (53%).

Almost two-thirds (63%) of parents agree that they’ve passed their love of their favourite movie along to their child.