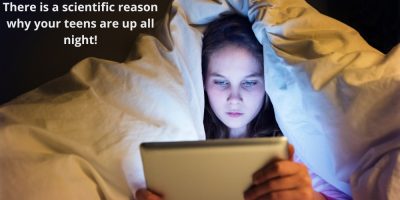 My 14-year-old has been staying up super late all summer! At first, I was like, “whatever, it’s summer!” But now that we’re a couple of weeks off from the start of a new school year, I’m trying to figure out how I’m going to get him to sleep at a reasonable hour. Not to mention that sometimes he’s loud in the middle of the night which startles the dogs-they bark and wake me up!

Researchers from the University of Michigan suggest “it is possible that when a temperamental adolescent avoids his parents while staying up late socializing with peers, he might be responding to a hormonal drive to establish an independent life at a time of day that is not dominated by older individuals.”

Despite this unique ability to stay up later than most adults, teens need more sleep than adults—eight to 10 hours is recommended for this age group.

An ideal schedule for most teens might be something like bedtime of 11 p.m. and wake-up time of 8 a.m. However, most middle and high schools in Canada start at or before 8 a.m, forcing many teens to wake up by 6:30 a.m. or earlier, hours before their biological rhythms tell them they are ready and hours before they can get the amount of sleep they need. 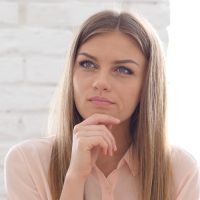 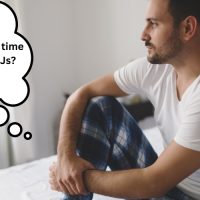 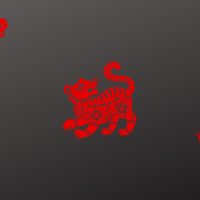