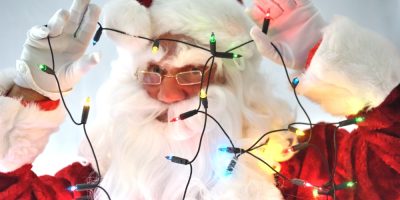 A psychologist says that when you choose to deck the halls this holiday season says a lot about your personality.

According to a personality expert, if you hang decorations before November, you might have trouble “living in the moment.”  The psychologist explains that if your lights are up right after Halloween, then you like to be the first to do things.

You enjoy planning and executing well ahead of schedule. You also correctly anticipate the holiday rush and wish to avoid it. You may also be that type of person who just wants to get things out of the way and move on…

DECORATING IN NOVEMBER OR EARLY DECEMBER

Starting to decorate in November or early December still makes you ahead of the game, and shows “you like to get things done before or on schedule.”

“Decorating in November shows that you genuinely look forward to the holidays because you have plenty of time to add to or change your decorations before the big day,” the expert said.

“There is a sense of optimism associated with those who decorate a month early: they dream about their plans coming to fruition and swell with emotion at the thought of stepping back and admiring their hard work, and this holds true on a broader spectrum than Christmas.”

Those who light up their homes in early December are “more realistic in nature” and like to do things the “correct and proper” way.

The psychologist said that putting off decorating until the week — or even the day — before Christmas signals procrastination and tardiness.

“This personality type is likely to be less optimistic than those who put up their decorations in time.”

These types of people “prefer to see Christmas come and go” — possibly because it doesn’t have the same happy feeling as it used to when they were kids — but they still put in an effort to keep the decorating tradition going.

NOT DECORATING AT ALL

People who chose not to decorate at all “don’t regard the season as worth the effort.”

The non-decorators feel a low amount of excitement toward the holiday season, and would rather ignore the festivities.

“This action is associated with more pronounced pessimism.” “This personality type would like to avoid the holidays altogether, possibly because they can’t spend those special days with their loved ones or a traumatic event occurred in the past around this time of the year.”

According to a survey, most homeowners believe December 1st is the day when it’s appropriate to start hanging lights and decorating.

And 4% say it’s totally fine to leave the lights up all year round.