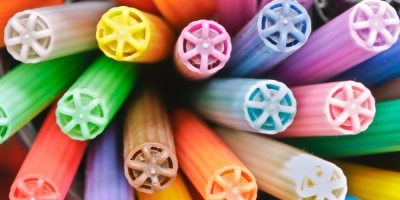 They are meant to prevent suffocation in case they are swallowed. This was done because people have been chewing on pen caps ever since it was invented. It’s not just you and your friends. One of the oldest pen companies in the world BIC Cristal added a large hole on the top of the lid to increase airflow.

By simply adding a larger hole to the top of the lid, pen company BIC increased air flow and the chance that people would still be able to breathe even if that happens – a design feature that, quite literally, saves lives.

Roughly 100 people die in the US each year from choking on pen lids, a number that used to be higher.