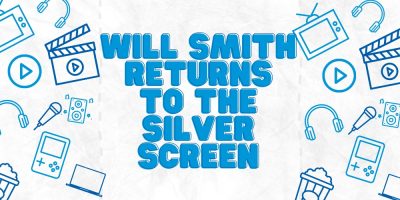 Will Smith’s first project since the Oscars fiasco gets a December release date!

Will Smith’s upcoming film “Emancipation” will be released in theatres on Dec. 2 and Apple TV+ a week later on Dec. 9.

It’s Smith’s first project since the Oscars, where he made headlines for slapping host Chris Rock on stage.

Smith subsequently resigned from the Academy of Motion Picture Arts and Sciences, and the Academy banned him from attending the Oscars ceremonies for 10 years.

In “Emancipation,” Smith plays a runaway slave searching for his family in the swamps of Louisiana. Apple announced the release date alongside a trailer for the film.