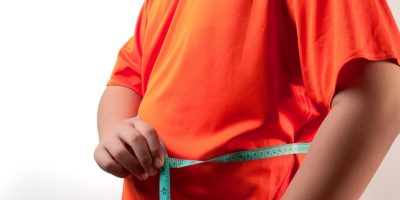 The world’s fattest countries have been revealed in a new interactive map.

The map, published by Our World in Data, uses data compiled from figures from 195 countries around the world and shows the huge divide in obesity rates.

The figures come from recorded worldwide trends between 1975 and 2016 of 128.9 million people.

Statistics were based on body mass index (BMI) — specifically, people who were underweight, overweight or obese.

The map revealed that 39% of the world’s adults were overweight or obese. It also showed that not one single country saw a decrease in obesity rates between 1975 and 2016. Globally, 13% of adults aged 18 and older were recorded as obese in 2016.

All 10 of the world’s fattest countries were in the Pacific — with the remote island of Nauru holding the top spot.

Almost nine in 10 people in Nauru are overweight, according to the data.

The island of Palau came in second place with 81.1 of the population being overweight or obsess.

In third place was Cook Island, Marshall Islands and Tuvalu rounding out the top 5.

The United States was ranked 15th fattest nation and Britain came in at number 30.

On the other hand, Vietnam is ranked as the skinniest nation — with just 18.3% of the people in Southeast Asia being considered overweight or obese.

People who are overweight or obese have an increased risk of many health conditions including death, stroke, cancer and high blood pressure, according to the CDC.

A recent study also suggested that obesity should be classified as a brain development disorder rather than a behavioural disease.