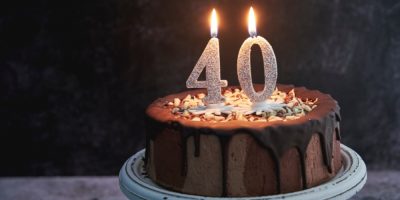 Researchers have identified the top 40 things everyone should do by the age of 40 – getting fired from a job, falling in love – and becoming debt-free top the list.

A poll of 2,000 adults found they believe someone embarking on their fifth decade should also have given blood and bought a house.

They should also have had four relationships, three heartbreaks and spent some time travelling the world.

Being Over 40 Should Still Be Fun!

The study found people believe it’s acceptable for adults over 40 to have six hangovers per year – one every two months.

A lack of time and money are the two main reasons for not yet hitting all their goals before 40.

Three in 10 respondents believe it’s important to have something to aim for.

While 22 percent think it’s important to show that older people can still do anything a younger person could.

In fact, 64 percent of those already over the age of 40 still feel young.