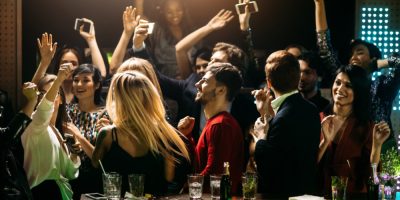 A nightclub in Sydney, Australia has banned staring unless the person doing the staring gets the prior consent of the person they are staring at to continue staring.

A failure to do so could result in the police being called.

It also discouraged people from coming if their “sole purpose” was to meet someone to “pick up”.

In an Instagram post from earlier this month, the club said “safety officers” in pink vests would enforce the staring rules.

Club 77 said it wanted to remain a “safe space” and so had updated its rules because it had recently, “attracted some people who do not share our values and ethics when it comes to club culture”.