This day is 1995, Adam Sandler established himself as one of the funniest actors in the movie business with the release of ‘Billy Madison.’

25 years today and yet the jury’s still out: shampoo or conditioner?
Love, Billy. pic.twitter.com/JbwWWN5fsm

The above reference was to a scene from the movie where Sandler puts on his over-the-top funny voice and creates a ridiculous argument over shampoo vs. conditioner.

Adam Sandler’s most recent work in, (quite possibly his best performance ever) “Uncut Gems” was over looked by the Academy Awards, failing to even receive a nomination.

The argument is, the Oscars don’t want to give too much attention to movies on Netflix, (which is exclusively where ‘Uncut Gems’ was released.)

This past Saturday night, (1 night before the Oscars) Sandler received an Award for ‘Best Male Lead’ at the Independent Film Spirit Awards.

His acceptance speech said it all… 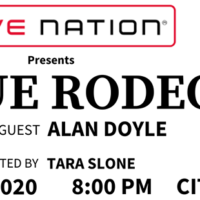