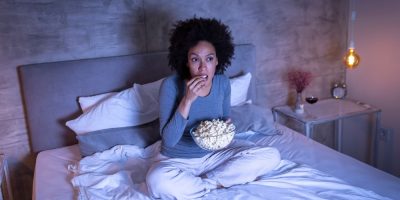 The average person has 13 TV shows and 16 movies on their watch list to get through — averaging 104 total hours — enough content to last for a globe-trotting flight around the world twice over.

According to a survey of 2,000 adults, 68% of adults have a TV show and movie watch list so long, that it’s “nearly impossible” for them to get through it.

About 75% of people have a list of shows and films they’ve been meaning to watch, yet only 58% of them have made it through their entire list.

So what are we trying to watch?