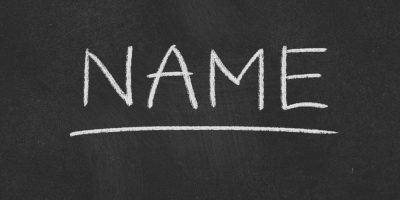 Karen!
“Karen” used to be a perfectly normal thing to name a baby girl. It was actually among the most popular baby names in the 1960s, and therein lies the problem. Those 1960s babies became middle-aged women in the 2000s.

Mario!
It’s a shame that it’s nearly 100% associated with a video game character.

Chad!
On disreputable corners of the internet, “Chad” has become shorthand for a young man who is handsome and successful with women in an obnoxious way.

Katrina!
Most hurricanes don’t ruin the names they are given, but Katrina wasn’t an ordinary hurricane. 2005’s category 5 storm’s 175 mph winds and 20ft storm surge resulted in an estimated $81 billion in damage and over 1,800 deaths. So it’s a pretty heavy weight to put on a newborn.

Dick/Fanny!
We need slang terms for our genitals; it’s just a shame when people’s names get associated forever with body parts that aren’t polite to talk about.

Donald
No matter how you feel about Donald Trump, naming your child “Donald” risks forever linking your new baby with the former president. And that’s just to adults—to kids, he’s going to be “Donald Duck.”

Waldo!
Waldo is a cool name. It’s a shame that it’s so thoroughly connected with a series of picture books with the main character who is perpetually lost.