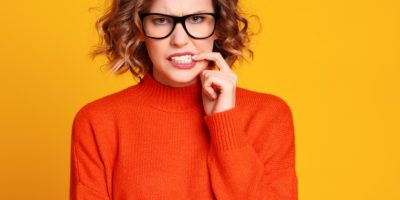 We all have bad habits, but it turns out that some of those habits aren’t that bad!

Biting Nails-boosts immune system
-Some scientists believe such nibbling can keep you healthy. The theory is introducing new bacteria to your body could help your immune response recognize it in the future – like a vaccination.

Chewing gum-Sharpens your memory
-Chewing is more effective than caffeine at helping with focus and memory, according to research. It raises levels of the stress hormone cortisol, which keeps you on your toes and concentrating for longer.

Not Tidying up-sign of intelligence
IF you are constantly tripping over your kids’ shoes or standing on Lego, your child might be a genius. Being messy is a sign of intelligence, according to the University of Minnesota. Smarter people don’t waste time tidying or organizing things. The chaotic clutter also boosts creativity.

Slouching-Good for Joints
THE next time someone ticks you off for bad posture after a long day, tell them this. After hard physical work, leaning forward for a bit can benefit your spine, says Uni­versity Hospital of North Tees. The position helps stop back stiffness by allowing fluid to grease up spinal discs, its study discovered.

Being Late- Makes You Happy
Those with a relaxed approach to timekeeping are likely to have lower stress levels, says a study by Harvard Medical School. They are also more likely to lead a healthier, happier lifestyle.

Sleeping in-Live Longer
Sleeping has been found to reduce stress and boost your brain and memory, so you stay fitter for longer, too. Not getting enough kip can also increase your risk of car accidents and heart disease.

Peeing in the Shower-Cleans Your Feet
Urine contains uric acid and ammonia, so having a leak as you lather can prevent fungal infection in your feet. But bad news if you have a cut – you could get a bacterial infection.

Gossiping-reduces stress
Gabbing away with friends about others can help to bond and make you laugh, which releases feel-good hormones. This helps reduce stress and anxiety – as long as you aren’t being gossiped about.

Swearing-Relieves Pain
DROPPING the F-bomb when you hurt yourself can work as a painkiller. Keele University found participants in a study could withstand pain longer if they let rip cursing. It boosted pain tolerance by 33 percent. Others were asked to shout nonsense words like “twizpipe” and “fouch” – which didn’t help much.