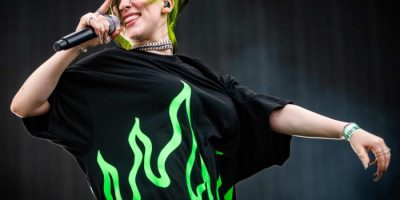 Billie Eilish is one of the biggest stars in the world, and her fans BLEW up Twitter today.

The “Bad Guy” singer’s likeness has been molded into a wax figure for the Hollywood Wax Museum! Unfortunately for the museum, photos of the replica went VIRAL, for the wrong reasons.

Fans proceeded to ROAST the living hell out of the wax figure, as it isn’t incredibly accurate.

Check out some of the best Tweets from fans below:

This is not the first time wax figures of pop stars have gone viral! Back in 2019, Madame Tussauds London faced huge backlash from Ariana Grande and her fans. Ariana even commented herself saying: “I just wanna talk”

Zendaya also had her own wax figure controversy, with her replica being unveiled in February to lackluster reviews. Fans joked that she was either a “flight attendant” or “someone who wanted to speak to the manager”. Rihanna was also butchered in wax form by Madam Tussauds:

Billie Eilish hasn’t commented on her wax figure yet, but it’s only a matter of time before she sees this monstrosity. Eilish is currently on her Happier Than Ever tour, set to perform in Antwerp tonight.