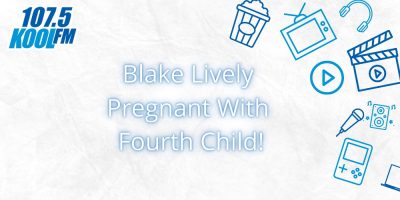 On Thursday the former “Gossip Girl” debuted her baby bump on the red carpet at the 10th annual Forbes Power Women’s summit!

Lively and Ryan Reynolds already have three daughters and have been married since 2012.

The power couple is very private and only revealed their youngest child’s name with the help of their good friend Taylor Swift.

The baby’s name was revealed on Taylor’s 2020 album “Folklore”- the track is ‘Betty!’

Reynolds has stepped away from his acting career for a while to focus on fatherhood.