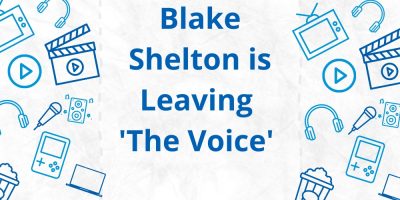 Blake Shelton, the longest-tenured coach on NBC’s The Voice, announced on Tuesday (10/11) that he won’t be returning to the singing competition show following season 23.

Shelton had been on the show since its debut in 2011 and mentioned that it was a bit of a struggle to figure out if he was ready to call it quits or not.

“I’ve been wrestling with this for a while, and I’ve decided that it’s time for me to step away from ‘The Voice’ after Season 23,” Shelton said in a statement. “This show has changed my life in every way for the better, and it will always feel like home to me.”

Without the Voice he and now wife, Gwen Stefani may never have gotten together!

NBC has renewed The Voice for Season 23 which will include Shelton, Kelly Clarkson, and new coaches Chance the Rapper and Niall Horan.