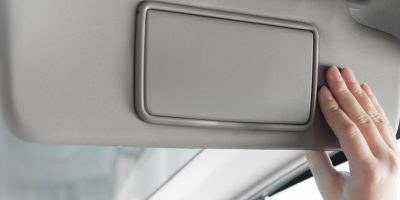 If you didn’t know this already, you’re not alone.  It turns out a lot of people were clueless:  Some guy on TikTok is going viral after he realized the sun visor in his car EXTENDS.

It’s not a feature all vehicles have.  But in a lot of cars, the metal bar that’s connected to the visor can slide out, so it can cover different areas where the sun might be.

Related: Is The Left Lane For Passing or Driving Fast?..

It won’t help much when the sun’s in front of you, but it’s useful when it’s shining from the left.  Normally, your visor can only cover the front part of your driver’s side window.  So extending it lets you block the back portion too.

Here’s the video.  But, warning there’s a bleeped F-word.