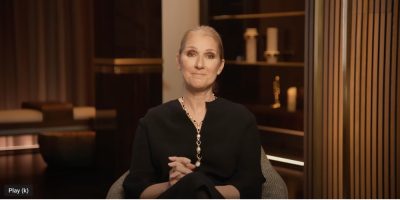 Celine Dion has been diagnosed with Stiff Person Syndrome (SPS), which causes her muscles to tense uncontrollably.

The condition ultimately leaves sufferers as ‘human statues’ as it progressively locks the body into rigid positions, leaving people unable to walk or talk.

While there is no cure for SPS, there are treatments to slow down the progression, with Celine revealing she is doing all she can to minimize symptoms.

The 54-year-old singer addressed her fans in a tearful Instagram post on Thursday as she revealed it has forced her to cancel her European tour.

Celine first hinted at her health woes in January when she cancelled the North American dates of her Courage world tour from March 9 to April 22.

The announcement came three months after she had to cancel the start of her Las Vegas comeback residency over the same health issue.

WHAT IS STIFF-PERSON SYNDROME?

This rare condition is a neurological disorder. Its origin is unclear.

As the name suggests, it progressively locks the body into rigid positions, starting with the truncal muscles (torso and neck, spreading into the limbs).

As the disease progresses, patients sometimes become unable to walk or bend.

Interestingly, it affects twice as many women as men.

It is frequently associated with other autoimmune diseases such as diabetes, thyroiditis, vitiligo, and pernicious anemia.

Treatment involves anti-anxiety drugs, muscle relaxants, anti-convulsants, and pain relievers, which improve the symptoms, but there is no cure.