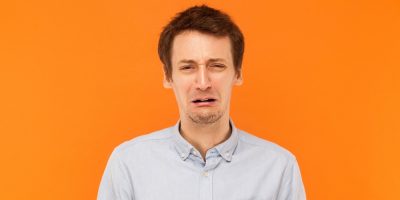 This guy’s getting a lot of love AND a lot of hate.  So which side are you on?  Braden Wallake is the CEO of a company called HyperSocial that helps companies market themselves on LinkedIn.

Now one of HIS LinkedIn posts is going viral after he had to lay a few people off and posted a photo of himself CRYING about it.  (Here’s the photo.)

His post talks about how it was his fault.  He made a bad business decision in February and stuck with it too long, and that’s why they lost their jobs.  The post also talks about how he wishes he was more cold-hearted and didn’t care, but he does.

And he says a lot of other CEOs out there care too.  Most people seem to think he deserves credit for caring about his employees, accepting responsibility, and being vulnerable about it.

Other people think it’s cringe and more about him than his employees.  And whether he meant it or not, it feels staged.