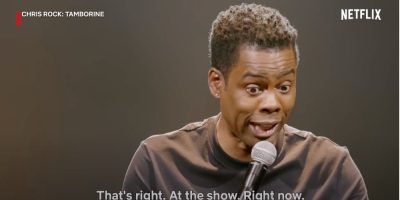 The new much-anticipated Chris Rock Netflix comedy special will air nearly a year after the assault (the slap) took place at the Oscars.

“The Slap” happened on March 28th at the Oscars when Rock made a joke about Will Smith’s wife.

This will mark the first time Netflix has live-streamed an event in real time. Selective Outrage will stream from Baltimore, Maryland.

Rock promised there will be “no pre-records, no edits” and Netflix says the show will be seen in “190 countries all at once.”

Rock has been pretty quiet about the Oscars slap during his 2022 stand-up tour, Ego Death, but has promised he will address that night at the Oscars during the live stream special.