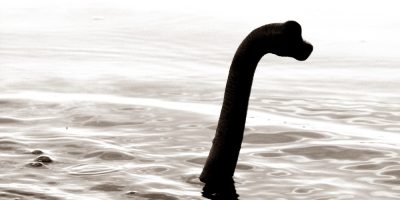 There’s finally something good that could come from climate change:  It could force the Loch Ness Monster out of hiding, finally leading to an official discovery!

The British tabloids say they’ve talked to experts, who believe Nessie’s food sources could be impacted by rising temperatures and a more volatile climate.  If that happens, Nessie could come out of Loch Ness in search of food.

A rep for a local climate action committee says that something needs to be done because “Nessie is the most important monster in Scotland.”  (???)

It’s unclear what Nessie eats, although it would be bad if it’s HUMANS.

But it’s not just Nessie.  Other, non-monster species could be in trouble.  Officials say climate changes will have a “drastic” impact as animals struggle to adapt to changing habitats.