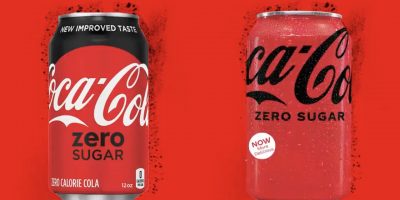 Remember what happened in the 80s Coke?

Back in 1985, Coke attempted to change its iconic flavour, releasing “New Coke.” It was an epic fail and the company reverted back to the original formula!

Now, Coca-Cola will attempt to change a popular flavour once again, this time changing Coke Zero.

Coca-Cola changed the flavor of its soda in 1985 and enraged a nation. Now, the company is doing it again, risking another outcry. https://t.co/tRoVsUG2hH

Coke Zero, is a diet spinoff of the iconic pop that is supposed to have a taste that closely resembles “classic” Coke.

Now, the brand will change up the flavour, though they claim the new taste will “deliver an even more iconic Coke taste.” According to the company, the new flavour should start rolling out in August.