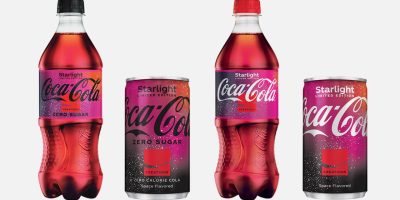 It’s called Starlight, a new limited-edition version of the classic pop that comes in regular and zero sugar.

Other limited-edition flavours suggested what the beverage would taste like, unlike “cherry’ or “vanilla” it’s not clear how “starlight” is supposed to taste.

Some people who have spotted images of the new flavour online ahead of the official launch next week guessed it would have a raspberry taste. Because “a quick Google search says that space tastes like raspberries.” (Astronomers do think that the centre of the galaxy may taste like raspberries and smell like rum, according to a 2009 Guardian article.

Coca-Cola will also launch a spiked version of its drinks.

Coca-Cola finally cleared up the mystery. Sort of. The company’s explanation is … well, see for yourself: Starlight is “inspired by space” has “notes reminiscent of stargazing around a campfire, as well as a cooling sensation that evokes the feeling of a cold journey to space,” the company said in a release.

In an effort for Coca-Cola to reach a younger demographic, they are thinking outside the can! You can access a holographic concert by Ava Max by scanning a QR code on the Starlight label.

So the new flavour is truly a treat for all your senses!