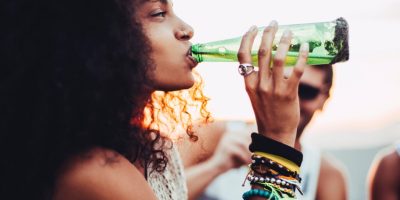 The consumption of alcohol on a hot day isn’t generally recommended by doctors, but amid an international heat wave, one physician on Twitter claimed beer can help with hydration.

An academic Doctor Tweeted 10 steps to help you beat the heat and Tip No. 9 read: “If you are dehydrated (and an adult, and able to do so) drink a half a pint of beer (inc. alcohol-free!) and then move straight onto water (or a sports drink or cordial if you don’t like water).”

According to the doctor, the drink contains electrolytes, sugar and salt, which helps the body retain fluid, rather than it going straight through.

“Beer has a relatively high water content and contains some electrolytes, so if a small amount is consumed as part of your daily fluid intake alongside non-alcoholic drinks, such as water, beer can be part of a plan to keep you hydrated during the heatwave,” said Dr. Galloway, who also serves as resident hydration expert at UK bottled water brand Aqua Pura.

Sports drinks also do the trick since they, like beer, contain electrolytes, salt and sugar — but stay away from hot coffee and tea. These caffeinated drinks can take up a lot of the body’s daily water intake, the doctor warned.