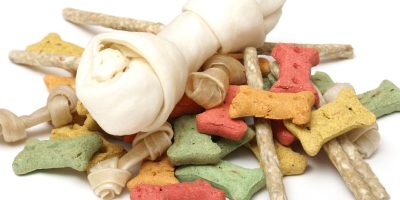 Have you ever accidentally eaten pet food?  You’d THINK you’d realize the mistake immediately, but maybe not.

A woman on Reddit says she was talking to her dad about gas prices recently, and that led to him telling her about these amazing “biscuits” he picks up at the local gas station every time he goes.  He’s been grabbing them for about 20 years.

Related: A Warning To Dog Owners About Bone Treats…

She was curious, so he brought her a pack.  She looked it over and told him that they were DOG TREATS.  He was shocked, and said he doesn’t know if he’ll keep eating them, because they “don’t taste the same now that he knows.”  (???)

He said he thought they were off-brand Digestives or something because they’re round in shape and not ‘bone shaped’.