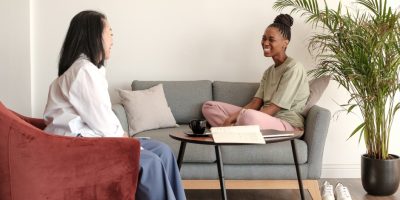 Some guy who claims to be a psychology expert is going viral on TikTok for posting hacks to help you get in people’s heads.  He claims they’ll work on anyone, but see what you think.  Here are three of them he recently suggested.

1.  If someone’s beating you at a game like Ping Pong, ask them to tell you about their technique.  It’ll make them overthink it, and they’ll get worse.

2.  If you want a person to take something you said seriously, tell them your mother or father told you about it.  People instinctively trust parental advice more than random advice.

3.  If someone’s giving you an excuse, don’t say anything.  Just let them keep talking, and they’ll eventually talk themselves into a corner.  (I know that the last one’s true because my father or mother told me about it.)

4. If you want to know if someone likes you, Pick a word when they’re talking, and smile and nod every time they use it. If they like you, they’ll start to use it more and more.