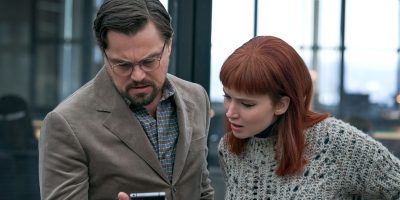 Fans of the new dark comedy on Netflix discovered an X-rated Easter egg.

Related: Check out the Trailer for ‘Don’t Look Up’…

In the PSA, the scientist stammers through the difficult message, urging Americans to call a phone number — 1-800-532-4500 — if they seek “peace of mind” after learning there’s a comet on course to destroy all life on Earth. The number, fans discovered, goes straight to a sex hotline.

The NY Post confirmed that the toll-free phone number leads to an automated answering service that states: “Welcome to America’s hottest hotline. Guys, hot ladies are waiting to talk to you. Press 1 now. Ladies, to talk to interesting and exciting guys, press 2 to connect free now.”