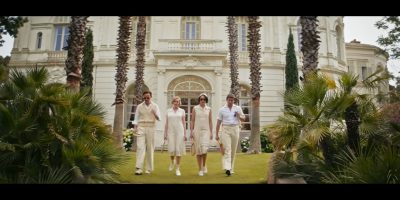 After the television series ended, fans of the Julian Fellows drama were delighted when Downton Abbey, the movie, was released in 2019.

The second Downton Abbey movie was supposed to be released in time for Christmas 2021 but it was pushed back. The new release date for Downton Abbey: A New Era is May 20th.

In the trailer, we learn that the Dowager Countess of Grantham (Maggie Smith), has inherited a villa in the South of France.  The family head to the Villa in the French Riviera and uncover some of the mysteries of Granny’s past.  At the same time, a film maker comes to Downton Abbey to make a movie.

All the characters we love are back and it looks like we’ll see a wedding, too!

“Women like us fall into two categories: dragons and fools. You must make sure they think of you as a dragon”, The Dowager Countess tells her grand-daughter in the trailer. Check it out!