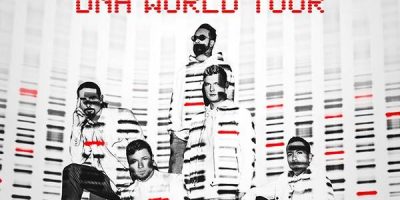 As if BSB fans weren’t excited enough to see their favourite boy band, imagine their surprise when Drake shows up!

Social media lit up with excited fans posting videos of Drake on stage with the Backstreet Boys on Saturday night!

Kim’s Convenience actor Andrew Phung tweeted a video of the rapper with the band while they sung their 1999 hit I Want It That Way, with lines from the rapper’s Hold On, We’re Going Home blended in.

Drake says he saw one of the boys at a Toronto restaurant, and they started chatting, prompting him to show up at the show.  He told fans about a time when he was 13 and was madly in love with a girl who wouldn’t give him the time of day.  It wasn’t until his bat mitzvah that the girl asked him to dance when a back street boys’ song came on.  Drake went on to call “I want it that way” one of the greatest songs ever written before they performed it together with the crowd singing along!