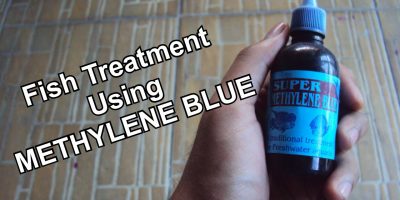 Here’s the latest health trend that could be dangerous . . .

Fitness influencers are claiming you can slow down the aging process by drinking a chemical used to clean fish tanks.

It’s called methylene blue, and it’s bright blue.  So people are posting photos to show off their blue tongues after they drink it.

Some are even selling it, and claim it helps keep your mind and body young.  Experts say there’s no evidence that’s true though, and it could KILL you if you drink too much of it.

Related: TikTokers Are Eating Frozen Honey And Getting Diarrhea…

(Again, Do Not Attempt)

Plus, tank cleaners can have lots of other chemicals mixed in, like trace amounts of arsenic, mercury, and lead.

The main chemical in it is sometimes used by doctors to treat a specific condition that helps deliver oxygen to different parts of the body.

But if you just start drinking tank cleaner, it’s easy to ingest a toxic amount, especially if you’re on certain medications.  For example, it’s even deadlier for people on anti-depressants.