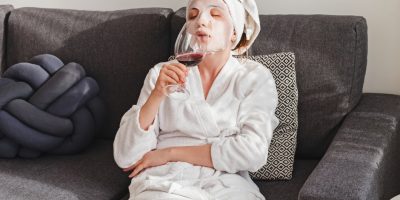 Scientists at the University of Oxford have found that people who consume more than 17 units of alcohol in a week – equal to about five large glasses of wine or eight pints of beer – have “older” DNA.

The study revealed that consuming alcohol in excess can wreak havoc on DNA by causing damage to telomeres — like protective caps at the ends of a chromosome — which could eventually lead to age-related diseases and cancer formation.

Swab tests found the top 40% of drinkers in the study — who had more than 17 units a week — had shorter telomere lengths caused by alcohol consumption.

The other 60% — who drank less than 17 units — were genetically undamaged.

Telomere length is considered an indicator of biological aging. When telomeres become too short, cells can’t divide and may even die — with studies linking shorter telomere length with aging-related diseases including Alzheimer’s disease, cancer and coronary artery disease.

They found increasing drinks from 10 to 32 units per week was associated with three years of aging.

Health experts say we should not consume more than two drinks for adult men or one drink or less a day for women on days that we drink.