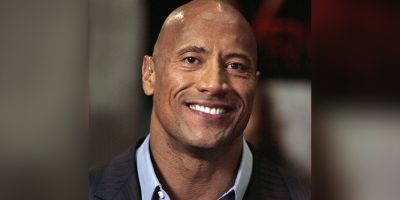 “The Rock” was in the Six for the Canadian Premier of Black Adam which comes out October 21st!

This is the first time that the story of Black Adam is being told and will introduce fans to five new superheroes.

Dwayne was also at the Capitals-Leaf Game last night and was introduced during a break in play during the first period.

Then he led a chant- it was weird!