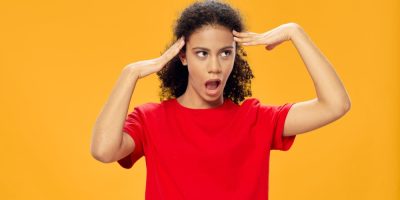 So listen to this! LOL!

Social isolation and loneliness cause a 29% greater risk of a heart attack.

In a year, the average human consumes so much micro-plastic, it’s about the equivalent of the amount of plastic in a fireman’s helmet.

Chucky from Child’s Play is based on a real doll that is said to be cursed and cause violent mishaps. The doll was named Eugene and said to be given to Robert Otto in 1903 by someone who worked at the family’s estate and was well-versed in voodoo and wanted to get back at them. The doll was said to rearrange furniture, destroy toys, and move freely. It is currently housed in Key West, Florida.

In April 2022, the 50,000th spider species was discovered, and scientists don’t think that’s it. Oh and get this, scientists say that climate change may be making spiders bigger and more abundant.

Chainsaws were created for childbirth before C-sections were a thing. The first chainsaws were handheld and used to remove bone to make it easier for a baby to come out.

On average, humans spit enough over their lifetime to fill two swimming pools.

A chicken named Mike lived with his head cut off for 18 months back in 1946!

Mosquitoes don’t use one needle to suck your blood. It’s six micro-needles.

Ducklings are prone to cannibalism. Scientists don’t know why some have this behaviour but tie it to boredom.

Snails have thousands of teeth. They have a tongue similar to ours; it just has rows and rows of teeth on it.

There’s a museum in Italy with scrolls they claimed to be signed by people in purgatory trying to signal the living.

You can rupture your throat from holding in a sneeze.

Finally, 56% of commercial pilots have admitted to falling asleep while flying.