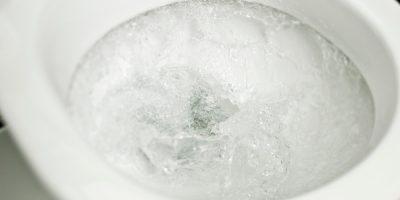 WARNING: The following story may gross you out!

In a new experiment using bright green lasers and camera equipment, scientists from the University of Colorado Boulder were able to visualize airborne particles, invisible to the naked eye, that are shot into the air when a lidless toilet is flushed.

I think we all kinda known that when you flush, tiny particles are released into the air- but do we ever really give it a thought? Perhaps we should!

Here’s the concerning part: these particles can transport pathogens, including bacteria, viruses, or other micro-organisms, that can cause disease, which could potentially pose an exposure risk in public bathrooms.

The scientists reported that in just eight seconds the particles shot out at rocket speeds of 6.6 feet per second, reaching 4.9 feet above the toilet, the bigger droplets appeared to land on surfaces within seconds, while the smaller ones appeared to linger in the air for minutes or even longer, the study found.

Knowing what we do now, perhaps you close the lid first, then flush!