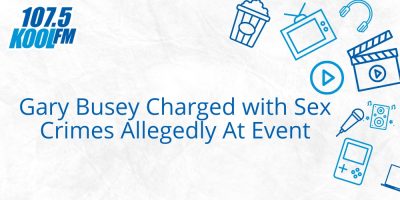 Gary Busey has been charged with three sex crimes that may have taken place during an appearance at a horror film fan convention earlier this month!

According to reports, the offences took place during the ‘Monster Mania’ event at a hotel in Cherry Hill, New Jersey.

Authorities received multiple complaints involving at least two victims, according to the publication regarding unwanted contact and unwanted touching.

Busey made his major film debut in a supporting role in 1974’s Thunderbolt and Lightfoot alongside Clint Eastwood and Jeff Bridges.

He is best known for playing late musician Buddy Holly in 1978’s The Buddy Holly Story and as FBI agent Angelo Pappas in Point Break with Keanu Reeves.