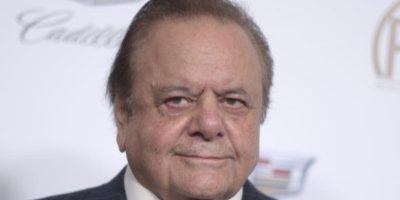 His daughter Mira Sorvino has paid tribute on social media calling him a “Wonderful Father.”

Since his death was announced, tributes from celebrities and friends have been pouring in.

Paul was best known for his role in Law & Order in the 90s where he played sergeant Phil Cerretta. He had many movie roles over the years including in Goodfellas, Romeo & Juliet and Dick Tracy!

According to the family, Paul died from natural causes after battling various health issues in recent years.

He leaves behind his wife Dee Dee, and his children Mira, Amanda, and Michael. He also had five grandchildren.