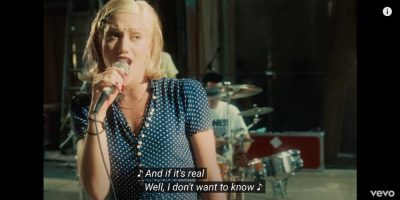 Gwen Stefani says don’t doubt a No Doubt reunion, but also don’t hold your breath. “What are the odds of anything?” Stefani said about getting the band back together, in a profile for the Wall Street Journal.

Gwen says that anything can happen! I have no idea what’s going to happen with No Doubt. We haven’t talked about doing anything, but it feels like everyone is, right? All the 90s people — Blink-182 did an eight-month tour that sold out in like five minutes.”

The last time the Cali-based foursome came together was in 2012 when they released Push and Shove, which itself was released 11 years after their previous album, 2001’s Rock Steady.

Since then, Stefani kept busy, serving as a coach on The Voice (six times), where she met and eventually married her husband Blake Shelton. She also launched a Las Vegas residency and released two more solo albums —2016’s This Is What the Truth Feels Like and 2017’s You Make It Feel Like Christmas.

We think a No Doubt reunion sounds “Hella Good,”