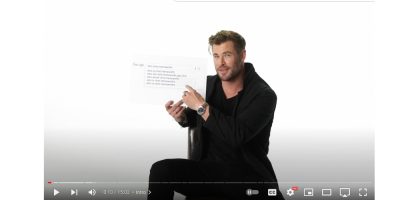 Thor found out that he carries two copies of a dominant gene that puts him at a greater risk for Alzheimer’s.

Doctors say that while he has a higher risk overall, he might be able to steer clear by maintaining a healthy lifestyle.

Hemsworth revealed the news in an interview with Vanity Fair after undergoing a series of genetic tests.

The results showed that his DNA carries two copies of APOE4, the strongest risk factor gene for developing Alzheimer’s disease, according to the National Institute on Aging.

Indeed, having two copies of the gene is rare — just one in four people carry a single copy, while 3% of the population have both, a study by the National Institutes of Health from 2021 found.