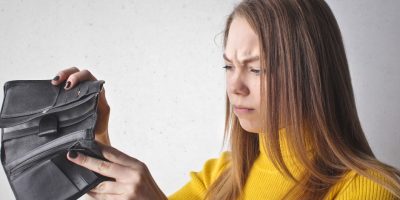 The experiment had their team drop off wallets with various amounts of money in them around the world.

So picture this: You’re a receptionist at, say, a hotel. Someone walks in and says they found a lost wallet but they’re in a hurry. They hand it to you. What would you do? And would that answer be different if it was empty or full of cash?

The research found that people were more likely to return a wallet when it contained a high amount of money.

All the wallets were about the same — a small clear case holding a few business cards, a grocery list in the local language, and a key. Some contained no money and some held the equivalent of about $13. Research assistants turned them in at the kinds of places people would typically bring a wallet they found on the ground — police stations, hotels, post offices and theatres.

As results rolled in from around the world, the researchers kept finding the same result. In 38 out of 40 countries, people were more likely to report receiving wallets with money than those without.

What if the wallets contained far more money? The researchers did a “big money” test in the U.S., the U.K. and Poland. In that phase of the experiment, the staff dropped wallets containing nearly $100, instead of $13.  Researchers found that wallets were reported more with more money in them compared to with less.