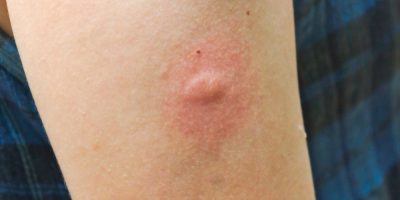 A new poll explores how often people have been bitten or stung by various land, sky and sea critters.

The poll asked about encounters with 21 creatures, which were selected based on an assessment of online accounts of bites and stings.

Top 5 Critters That Bite Us

Spider, horse fly, Yellowjacket, ticks and hornets round out the top 10 list! Other things that have bitten us include jellyfish, bed bugs, snakes, scorpions and stingrays…