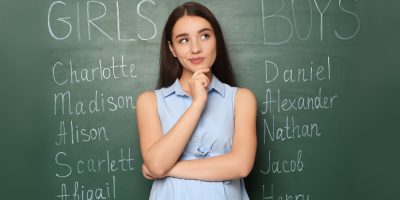 Have you ever wanted to change your name, maybe to Sebastian?  The Social Security Administration has released data on people who have changed their names over the past five years.  Some may have been changed by their parents soon after birth, and others people may have changed on their own later on.

They have lists of names that were changed the most, and the most popular new names people chose.  There’s no word WHY the names were changed, but some of them are common names with uncommon spellings.

The “Issacs” and “Choles” might just be looking to “fix” the spelling, because the top two most popular newly-adopted names are:  ISAAC and CHLOE.

Number Three is Sebastian. (It’s unclear WHY.  It’s a trendy celebrity baby name.  It was also the name of Ryan Gosling’s character in “La La Land,” and the crab in “The Little Mermaid”.  But, I mean, c’mon.)

The rest of the Top 10 adopted names are William, Olivia, Michael, Elijah, Matthew, Connor, and Jonathan.  (Like Isaac and Chloe, the Conners may be switching to Connor, ‘ER’ to ‘OR.’)