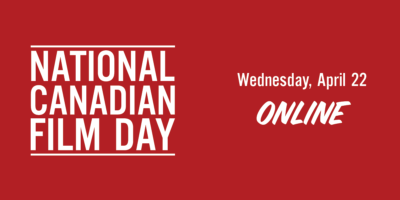 If you’re going to stream something today, make it Canadian!

It’s National Canadian Film Day and this country has a treasure-trove of great films.

Check out canadianfilmday.ca for a listing of movies that you can watch, many of them free on streaming services you already subscribe to.

There are films like Away From Her on Crave….

… and the box-office smash Bon Cop Bad Cop on Netflix.

You can also watch Atanarjuat: The Fast Runner on CBC GEM or Apple.

Roger Ebert said in the Chicago Sun-Times, “I am not surprised that The Fast Runner has been a box office hit in its opening engagements. It is unlike anything most audiences will have ever seen, and yet it tells a universal story.”

April and the Extraordinary World on Apple

The Breadwinner on CBC GEM