In the 45 years since Star Wars first entered the pop culture landscape, there have been a dozen feature films released (with plenty more on the way), plus dozens of television series, novelizations, comic books, trading cards, video games, and theme park attractions—not to mention hundreds of toys and licensed merchandise sold (oh, the merchandise!) and one awesomely terrible holiday special.

There have also been millions (if not billions) of words written about the films, from reviews to fan theories and beyond.

Related: Star Wars Releases ‘May The 4th’ Video of Hope…

Star Wars Day originated in Toronto in 2011! If you’re wondering how and when Star Wars fans began exchanging “May the Fourth” greetings every May 4, you can blame Canada. The origins of Star Wars Day can be traced back to 2011 when a handful of Toronto comedians turned the geeky pun into a full-blown event inside the now-defunct Toronto Underground Cinema. And since Disney’s ownership of all things a galaxy far, far away in 2012, the fan-made day has become an actual sponsored holiday.

There are hundreds of memes to celebrate this day and a few for those who aren’t into Star Wars and only say Space Balls! 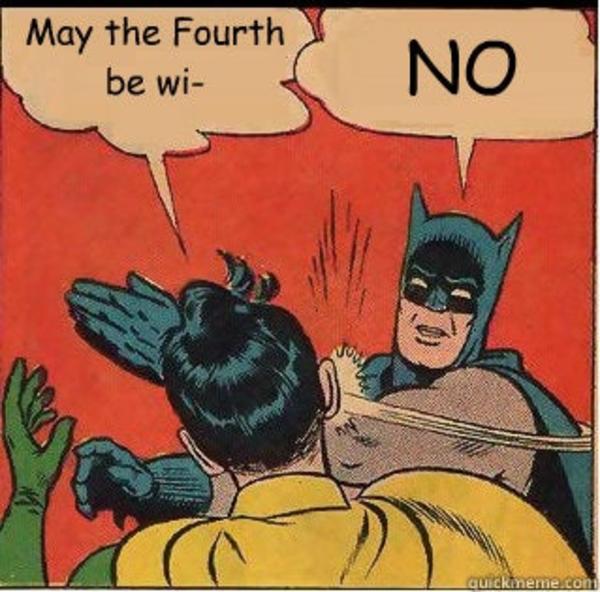